Showing posts from July, 2013
Show All

1900: Tell the difference between Maine Coon and Persian? 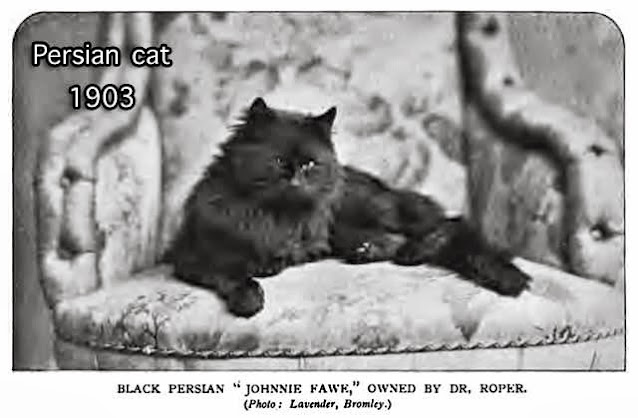 Back in the good old days of the cat fancy when there were half a dozen cat breeds and when cat breeds where distinguished by their coat, the difference between the Maine Coon and Persian cats was visually quite fine. It is difficult to understand that nowadays because there is a huge difference in appearance between these cats. That difference is due to 100 years of selective breeding for appearance. Some time in the middle of the 20th century cat breeders decided they had to make sure that you could easily tell the difference between the breeds. The only real difference between an American Shorthair and a Siamese was the coat: the latter was pointed. Here are two pictures from about 1903. They are labelled so you can see which breed the cat is. Note: back in 1900 the Maine Coon was still referred to as a "Maine cat" meaning coming from the state of Maine. I think these photographs illustrate the point I have made. All domestic cats were originally similar.
Post a Comment
Location: United States
Read more
More posts