It is always instructive if you're interested in the cat fancy to compare the appearance of purebred cats from about 1900 to the present day. The cat fancy started in the late 1800s so it had been going on for a relatively short time when these photos were taken of early purebred Maine Coon cats. 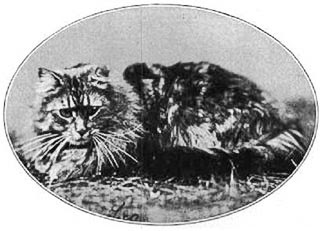 On this page you'll see three photographs two of which are from the late 1800s and 1901 of Maine Coon show cats of that era. The top photograph shows a Maine Coon born in 1884 who died in 1901. His name was Leo and he lived with a Mrs Persis Bodwell Martin of Augusta, Maine. He had a good life. His appearance is described as 'competitive' (in terms of cat shows) from The Book of the Cat. The picture below shows another Maine Coon looking like a standard medium-longhaired cat today. 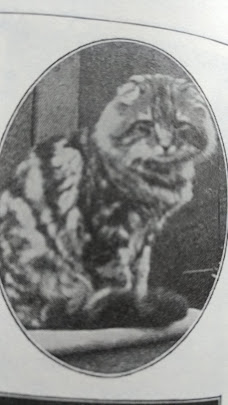 The pictures show cats that have the appearance of standard random bred cats by today's standards. There appears to be be hardly an inkling of Maine Coon in their appearance if judged in a cat show 2020. You can see the extreme difference in the third photograph on this page which shows a Russian bred Maine Coon. Admittedly these are bred to extreme but the difference is extraordinary nonetheless.

Even regular Maine Coon cats show distinct features which distinguish the cat from random bred cats which is not the case I would suggest with respect to the cats of 1900. The reason? A desire by breeders to contantly tinker with the appearance with the desire (in their eyes) to improved and refine the appearance which can lead them down a bad route to health issues and extremes.

Michael Broad
The reason why I write for these blogs about cats, all of which are subdomains of PoC, is twofold (1) to try and improve the welfare of cats through improved knowledge i.e. it's about education and (2) for my own benefit, to keep me occupied, to give me purpose. Senior people need purpose. We need targets and goals. We need responsibilities. We need the burden of responsibilities because we are programmed like that.